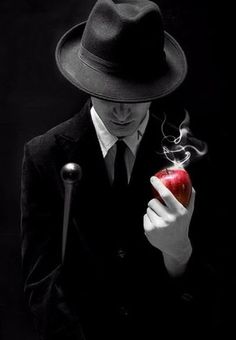 Now, I mentioned that Sparkles broke it off with Ms. Twiggy.  This is

My first week working for this client, he tells me that he bought tickets for him and his girlfriend to see a rock concert.  He wanted me to print out directions, nearby places to eat and such.  I put together a pretty elaborate package for him and he was totally impressed. Winning!  The day of the concert, he hands the package over with the two tickets and tells me he had a fight with his girlfriend and to enjoy the concert.  I casually asked Sparkles what he was doing later and he said he was busy.  I called Sailor and he was stoked but, who wouldn’t be stoked about Bon Jovi?  So, we went to the concert and I was so nervous and appalled that he was smoking pot on the sidewalk while we were walking to the concert.  Dude!  This is Texas and that isn’t legal!  I lit a cigarette like that would mask what he was doing and walked two steps away from him.  I was a closet pot head; I’m just not that cool.

He and I were sitting in the back yard at The Salesman’s house, taking a break from work.  In other words, we did a LOT of breaking and not a lot of working.  He had a home based business that he ran from his phone and laptop, upstairs.  Really, he spent more time playing online poker.  I was working as an executive assistant/slave.  We seemed to constantly be yelling at the other that it was time for some “fresh air” which has always been my code for “smoke a cigarette or 2”.  We were sitting in this little backyard oasis, exchanging stories, telling jokes and having a good time.  He told me about his 3 kids and how only the youngest wanted anything to do with him because their mother (his first wife) had “brainwashed” them.  He had married her only because she had gotten knocked up in high school and his parents were SUPER religious so he “had to do the right thing.”  He told me about his second wife’s little boy and how much he missed him but, he’d never see him again because she was such a bitch.  He told me about his recent ex girlfriend that wanted him to move in just to pay the bills and he moved out because she was just using him.  I felt bad that such a sweet, charming guy had seemed to have had some really bad luck with women.  Then, he told me about Ms. Twiggy and how he was only with her because it was convenient and he was lonely.  I told him the best way to get over somebody was to get under somebody.  I told him about how I’d dated a clown, learned to eat fire, lived coast to coast, had just about every job imaginable, my heart aches.  I could literally see in his eyes that he was falling in love with me.  He loved my free, gyspy spirit and that I’d done and seen so much.  He got this super cute, shy, boyish look on his face and he got kinda fidgety and said “I like you…” He was watching his feet play with some bits of leaves and straw on the patio.  I kinda giggled and replied, “I know.”  I got up and said, “Well, I better get back to work.”  OMG, his face!  I just about died!  He had this look of shock and disbelief, but he was still grinning and laughing.  I lost it.  “Of course I like you back, Stupid!  Go break up with your girlfriend!” We both laughed until we were crying.

I told Sparkles that I was invited to go sailing with a friend, but I didn’t really tell him all about Sailor.  I just told him he was some old guy I’d known a while.  He told me to take pictures.  I did.  I took a couple of pretending-I’m-not-trying-to-look-sexy-but-very-sexy selfies when Sailor was below deck.  Sailor took some pictures of me, too… Well, they were accidentally videos that I took screen shots of.  I love them.  Anyway, we sailed until the sun went down and had sex under the stars, the breeze gently blowing our hair, the boat rocking the waves, the clanging of the metal attachments hitting the poles, and mellow music made for sailing playing softly on my iPod.  You know that whole thing about “the motion in the ocean”?  Well, it was a lake but he matched the motion until I passed out from exhaustion, under the stars.  When I got back, I edited the pics and picked a few that I didn’t think would give me away to show Sparkles.

One day, I was working in the downstairs office and he was upstairs.  I had a bold moment and yelled, “Hey!!!  Wanna make out!?!?”  I heard total silence.  “What??”  He’d stopped shuffling papers or whatever it was he’d been doing.  I yelled up the stairs again, “You HEARD me!”  It was like I could hear him grinning from ear to ear.  “Sure.”  Happy dance!  I marched up the stairs and he met me at the landing.  I rested my arms on his shoulders and he rested his hands on my lower back.  I felt time stand still.  I so very slowly moved my lips centimeters from his and paused.  This was the moment. I knew he didn’t know if I was bluffing and, to be honest, neither did I.  I lingered there as time stood still.  He was holding his breath.  He smelled of spice and earth.  Then, I decided.  I kissed him, long, slow, deep, passionate.  DAMN, he’s a great kisser!!!  Our hands never moved.  I stopped, pulled back and said, “Thanks!” and walked right back down the stairs while he just stood there in shock.  My legs were trembling but he didn’t know that.  By the time I reached my desk chair he’d regained his composure.  “Wait!!!”  He came running down the stairs and I met him at the landing.  We held NOTHING back; his hands wrapped around my waist and mine around the back of his head, our lips locked. Our hands slid around each others bodies and our arms followed.  Our bodies were pressed into each other.  Hard.  It was the warmest embrace I’ve ever felt and I never wanted it to end.  It was the perfect kiss.

The Salesman needed me to stay the night to babysit his daughter while he went on a date.  I saw the perfect opportunity to be near Sparkles and, as a bonus, I was getting paid for it.  Yeah, I’m a terrible nanny.  I know.  After the kid went to bed, I went into my room and decided it was time to take a shower to tease Sparkles.  I shot him a message, “If I were a towel, where would I be?”  I heard a soft knock and a towel appeared on the other side of the door, attached to an arm.  I giggled and took the towel.  I took a long shower and thought about what he might be thinking knowing I was wet and naked on the other side of the door.  I intentionally didn’t have pajamas but only pretended I forgot them via text message to him and he walked through the bathroom to my room with an oversized green shirt with some Brazil soccer logo on it and a pair of pajama pants.  I kissed him thank you and he shut the door.  I slipped into the shirt and pants.  The shade of green complimented my skin.  I sent him a text from my room and told him good night, hoping that wouldn’t be the end of the night.  He asked if I wanted to be tucked in.  Hell yeah, I thought!  He came over, through the bathroom and very snuggly tucked me into bed.  He kissed my forehead and I threw my arms around him.  He crawled into bed with me and snuggled me up.  It felt good.  He smelled good.  We ended up falling asleep on that twin bed.  In the morning, we woke up at the same time and I reached for my phone and snapped a selfie of us.  I teased him and told him I wanted to record our first night together.  We laughed at how creepy it sounded.  We didn’t spend another night apart until over a year after we were married.

Later that day I called him, “Remember last night?”  I heard his grin, “Yeah?”  I stifled a laugh, “I think I’m pregnant.”  I could hear him catch his breath for a few seconds and then we were both howling with laughter.

That night, he caught me in the living room and said something about friends in a band and wanted to know if I would like to see them play.  Part of me was thinking how terrible it would be if they sucked and how what I really wanted to get him alone.  The other part of me was thinking I would do anything to be closer to him and out of this house!  So, I asked him, very cutely, “Are you asking me out on a DATE?”  He gave me that sheepish boy grin and said, “Mayyyyyybe…”  I giggled and nodded my head.  We were both really looking forward to it.

While I was packing my things to move and storing my mattress in Sailor’s storage, my housemates were shuffling furniture around and Sparkles sent me a text telling me he was getting all hot and sweaty with The Salesman.  Hahaha!  I loved his sense of humor and his wittiness.  They went to the gym and The Salesman announced that he noticed an attraction between Sparkles and me and he wanted to stop things before they started.  He said “no dating the help.”  Sparkles said nothing.  He had a similar conversation with me and I remember thinking, “Too late!”  Sparkles and I had a conversation about it later and decided we would just keep things quiet until we saw how things were going to play out.  That way, I didn’t lose my job and he didn’t lose his home.  But, unfortunately, we had to cancel our date.

We would sit on the back patio and smoke.  When no one was around, we would touch.  I just had that strong desire to be connected to him in any way I could and he must have felt the same way.  We would sit in the chairs and I would throw my legs across his lap and he would wrap his arms behind my knees.  I felt warmth and comfort.  If we didn’t feel like it was safe enough, only our feet would touch but, it was better than nothing.  We couldn’t take our eyes off each other.  We hung on each others’ every word.

The next night, he left to visit his girlfriend and came back single.  Just like he told me he would.  He said she was dramatic and he was afraid she might pretend to attempt suicide, but only for attention.  Geez!  The Salesman was upset about the breakup but only because he’d just hired the girl as his daughter’s tutor.

I knew this was the beginning of a fairy tale and I had my eyes on my Prince Charming.