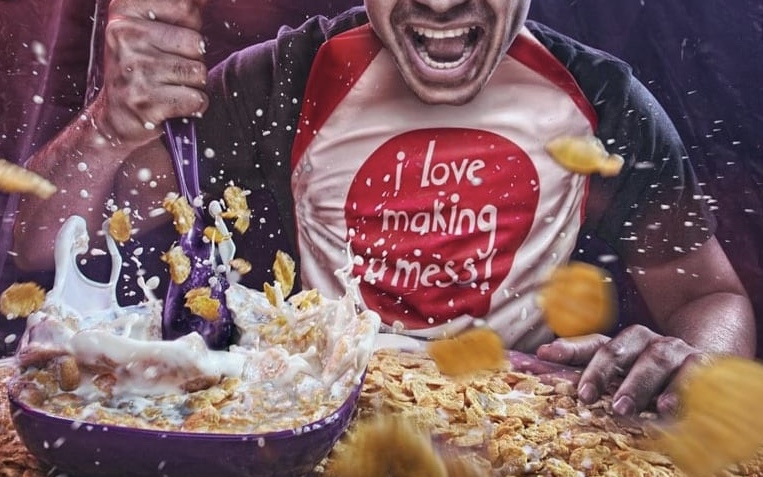 Before my mom remarried, she was engaged to a guy I call Cereal Killer.  He was super cool and I really liked him.  We all had a lot of fun together.  I used to tease him about the way he ate cereal, hence the name.  She broke off the engagement when I was in 8th grade.  She said it wasn’t my fault, but I knew it was because of what I told her…

The summer of my 7th grade year, Cereal Killer took me with him to his uncle’s and we went boating with Dirty Uncle and his adopted daughter.  We were drinking screwdrivers and playing on the sandbars.  As the day wore on, Cereal Killer got a little too drunk and kinda passed out.  His niece kept trying to put moves on him (mind you, she had already flashed everyone and she was only about a year older than me).

Night was falling and I was sitting beside Dirty Uncle on the boat.  He was in his wheel chair and kept saying, “What happens on the boat stays on the boat.”  I was getting sleepy and rested my head on his shoulder.  He kept talking about the stars and I tilted my head up to politely pretend to be paying attention.  Then, he kissed me.  I can STILL feel his mustache on my lips.  I panicked.  I didn’t know what to do so, I pulled back, slapped my ankle and began scratching, “Fucking mosquitos!”  As I was bent over, my head was spinning and I thought, “Oh my god, how do I get out of this?”  I began squirming in my seat, not only because I was uncomfortable with what had just happened, but there was sand EVERYWHERE.  Dirty Uncle asked what was wrong and I told him I have sand in my suit.  He said, “Well, take it off.”  I laughed it off, nervously.

Not too long after, we were back at the boat ramp.  I rushed back to the van.  Dirty Uncle rolled after me a little while later and said, “Remember, what happens on the boat, stays on the boat.”  I finally realized what that meant.  Once we all got back to Dirty Uncle’s house, he offered a few times to let us stay the night.  I panicked but managed to catch Cereal Killer’s eye and silently begged him “no.”  He read the message and we left.  Once we were in his truck, I told him what happened.  He tried to say his uncle probably didn’t mean it that way.  “YES, HE DID IT ON PURPOSE!!!”  He held his hands up and said, “Okay, okay, okay.”  I asked him not to say anything to mom and he agreed.

I kept my silence for over half of a year.  I only told her because she said she wanted to move to the town where he happened to live and I panicked all over again.  I blurted, “I don’t want to live where a child molester is!”  She looked at me, puzzled, “WHAT are you TALKING about!?”  I made her promise not to say anything and blurted out the whole thing.  She broke that promise.

After that, my mom broke off her engagement and any time I tried to talk about what had happened my mom would get upset and tell me to “quit dwelling on it.”  Not a day went by for many years that I didn’t think about what had happened and I avoided looking at the stars until very recently.  I felt like I couldn’t tell my mother a lot of things without her breaking my trust or shutting me up.  I know now that it was because I was throwing some pretty hard stuff at her and she was dealing with it the only way she knew how.  We both were.

About five or six years later (when I was 18), my mom tells me she’s coming to help me finish painting my bathroom.  She wanted me to invite Ass Hat over and kept insisting, but he was working.  I thought it was kind of strange… She didn’t like him.  She’s sitting on the edge of my bed while I’m painting and we’re chatting.  Suddenly, she gets really quiet and I look at her between brush strokes and she says, “Cereal Killer died.”

I instantly had tears rolling down my face.  I sat there for about a minute, unable to remember how to paint, and she says, “Hey, let’s go shopping!”  That was her way of consoling me.  I said, “Mom! Can I get a HUG?”  She reluctantly gave me a brief hug.  I realized that was why she wanted Ass Hat over there.  Then she wouldn’t have to deal with my emotions.  I know it wasn’t all about me, but I didn’t realize it until later.  She was upset about his death too, but she didn’t want me to see that.  She never was big on showing me any emotions except excited and pissed off.  I don’t think she knew how and, for a long time, neither did I.  I’m still learning.

Like I was saying, I felt like I didn’t really have anyone to talk to about Dirty Uncle or a lot of the other problems I was going through during my high school years.  Instead, I trusted two high school teachers that I spent a lot of time outside of class with.  They’ve since become friends and I will always have great admiration for them, not only for going above and beyond for their students, but who they are outside of the classroom.  They’ll never know what they did for me and I don’t know what I would have done without them.  They’re just amazing and I hope everyone has had at least one person in their life like them.  As a matter of fact, tell me if you have in the comments below; I’d love to hear it! (Feel free to change names for privacy/security)