We left off with the first half of my circle of guys.  By now, I hope you all realize there’s was something really missing in my life.  I felt like I was making up for not having enough attention in my previous engagement but I also felt a strong need to feel in control.  I did that by being totally out of control.  I know.  Ironic.  I was using these guys to meet all of my needs and fill the voids in my life.  What I really wanted (and I still do) is a child of my own.  I had to leave the sweetest little boy that I considered my son and made me melt every time he called me “Mommy” because he was Ex Fiancé’s and I had no rights.  I mean, I considered running away to Mexico with the kid, but I never followed through.  Anyway, back to the other half of the circle. 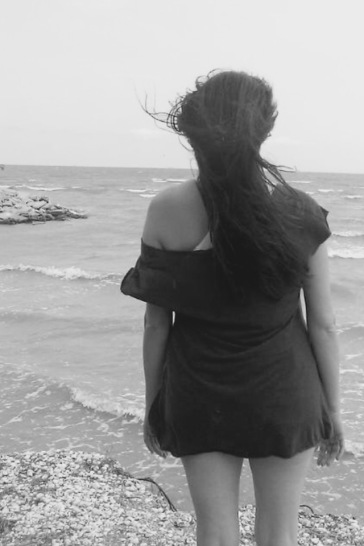 When I first came to town, my ex boyfriend and his (PSYCHOTIC) baby momma came and helped me unload my truck.  We continued hanging out and he would come on to me when his girlfriend wasn’t around.  I’ll admit there was a lot of familiarity there, but I didn’t want to be THAT girl.  God, I sound like a friggin hypocrite!  We fooled around a little anyway, but sex stayed off the table.  It wasn’t the same and I didn’t want it to be.  It took us a really long time to move on with our lives and they were messy enough without complicating it further.  I’m being totally honest when I say that I’m happy with where we are in our relationship to this day.  We’re close;  we are truly friends and I wouldn’t change it for the world.

I ran into an old friend that had a sailboat.  He’s had his eyes on me for years, but I was never attracted to him.  There was quite a large age difference.  But, I loved going out on the boat and he’d take me any time I wanted.  I wanted more so, we had sex.  He knew I was seeing other people and told me he wouldn’t go down on me until I stopped.  So, he didn’t go down on me and I didn’t stop seeing the other guys.  But, we would go sailing, drop anchor under the stars, smoke, have some amazing sex, and let the water rock us to sleep.  I had to remind him over and over I didn’t want more than that but, he chose to believe what he wanted, regardless.  He waited too long to tell me he has Hep C.  He was always careful, wore protection, never shared a toothbrush and who gives a fuck!  Lead with Hep C!  He said it was from when he used to be a pimp… Probably why the sex was so good. I got tested.  A LOT.  I’m good, thankfully!  Don’t get me wrong; I get that it can happen to anyone; I’m just saying to be upfront about it.

I started chatting it up via text message with a guy I dated back in high school.  We’d met at a theatre workshop and he’d persuaded me to talk to him by offering me a glass of water… I guess I looked thirsty.  We talked on the phone for hours and emailed back and forth.  He would do the sweetest stuff and say the sweetest things.  He was a REALLY NICE guy.  Too nice.  What’s WRONG with me?!?  We were dating long distance and that never works, so I broke up with him and he was crushed.  I think I felt like I didn’t deserve him but, time passed and we remained friends.  Over the years, we would visit each other and cry on the phone to each other through our breakups.  Well, we reached a point in our lives where we were both ready to settle down and we were both single.  I loved the fact that he was sensible, had a good head on his shoulders, he’s intelligent, and he had a plan he seemed to be following through with.  He would say/do things out of pure shock value that would totally through me for a loop, every time.  I remember him buying me lingerie when we were 16/17 simple because I said “you won’t”.  My boyfriend at the time told me to be sure to thank him.  Haha!  I thought it super sexy that he decided to go overseas to get his doctorate because “why not?”  One problem: he was in LONDON.  Of course, crazy me was ready to say “fuck it”, drop everything and move to London to give it a go but, he was much more sensible and wanted to take it slow.  I actually think I may have scared him off.  I was afraid to tell him when I got engaged but, he seemed fine and said he was happy for me (he probably figured he’d dodged a bullet).  Now, he’s engaged and his fiancé is just adorable and seems so sweet!  He seems happy and he deserves to be!  He’s a GREAT GUY!

I met a bad boy, fresh from prison, covered in tattoos, super intelligent (yeah, I was surprised, too), and funny as hell.  I was looking for a one-time thing because, for some reason, it was on my bucket list.  We had a lot of chemistry and we bantered back and forth at the coffee shop where we met.  I took a chance and hopped in his truck to go… I don’t remember where.  I DO remember it was dark and we drove off into a secluded little spot in the woods.  It was hot, humid and Texas.  He had to turn off the truck to turn off the lights, so the windows were down.  We were getting some hot and heavy petting in and I slapped a mosquito.  Then, he did.  Then I slapped another.  And two more.  Him, too.  We turned on the dome light and we could hardly see each other, the mosquito bodies were SO thick in the air!  We pulled up our pants, he started the truck and we hauled ass down the highway, windows down, trying to suck the mosquitos out of the cab!  We exchanged numbers, but I went to a friend’s house and I still haven’t checked that off my bucket list. We finally managed to do the deed, a LOT.  He was transitioning from his sister’s house so it didn’t happen until he had a place.  He said he’d been sleeping in his niece’s room on Barbie sheets.  Of course, you know what HIS name is from now on!  I helped him move, clean, unpack, and get organized.  He let me stay over and I had sex with him.  A lot.  He told me I was “a blessing and a curse.”  It felt great but never got off so I never got enough.  I once told him, in the moment, that I thought I was falling for him.  He said, “It’ll pass.”  I accepted the statement.  He was right.

On the same far side of town, I went to a bar I used to bartend in and looked for someone there to play pool (and buy my drinks).  I saw a guy that I thought might do and approached him, “You play?” I got a sideways glance, “A little…” Hook, line… “Mind having your ass handed to you by a girl?” Sinker… “Oh, you think you’re gonna win?” I was caught off guard; he’s witty.  I like that. “Well….. I DID….”  He laughed, we played, he flirted, and he kicked my ass all over that table, but not EVERY time.  I loved the challenge and the company.  He walked me to my car and said, “I REALLY want to kiss you goodnight.”  I looked at him and used my line for that, “I don’t kiss on the first date.” He said, “This isn’t a date.”  See? Witty!  That is EXACTLY what you’re supposed to say to that line.  So, I kissed him.  He put his hand on the back of my neck, fingers tangled in my long hair.  He pulled me in deep and wrapped his arms around me and REALLY kissed me.  I gave an inaudible kind of whimper and melted.  Yes.

So, we talked and went on a few dates and kissed but, it wasn’t going to work out and he told me so.  But, we remained friends, shot pool together and he still bought my drinks.  Oh, and taught me how to smoke pot.  And by taught me, I mean I went through Pot Smoking 101 and he guided me through every stage so I was completely comfortable.  I am still very appreciative of that, even though I’m not much of a smoker.  He was the first guy I’d met that smoked pot and didn’t have the personality, body language, facial expressions, or clothes of a guy that smoked pot.  I liked that.

We didn’t even sleep together until AFTER we stopped dating.  He was kinky!  He told me he liked his balls slapped but there was an art to it.  Let me tell you, that is some FUN trial and error!  HA!  The evil in me slightly enjoyed when I accidentally smacked too hard.  One night, he was standing naked in the kitchen and I surprised him by dunking his balls in my ice cold drink.  Priceless moment, right there.  From now on, he’ll be referred to as Ball Dunker.  He used to be an airplane mechanic and had a master’s in business, so I would get free car and business advice from him here and there.  He taught me how to put on a serpentine belt in the POS car I was driving.  He dubbed me a “barbie badass” and I wore it proudly.  I didn’t let anyone know  I felt quite the opposite.

Well, business kept picking up and First Guy’s dad claimed he was moving and gently kicked us out of the apartment.  I  moved in with Ball Dunker.  I slept in his room with him until he got me a bed.  He never charged me for anything but, I cleaned in exchange for all the favors.  He also kinda got to have me whenever he wanted.  Not a bad deal for either party.  I felt kinda used and dirty but part of me liked it.

Barbie got a new girlfriend, but we decided to stay friends.  We went out one last time to a karaoke bar.  I ended up with some guy’s feathered board Barbie carried to my car over his shoulder.  We kissed and he was battling the urge to take me home because he DID have a girlfriend.  I let him go.  I woke up in my bed, still wearing the boa.  Ball Dunker walked by my door as I woke up and looked at me like he was eating tacos.  I shrugged and got out of bed.  Nothing was ever said about it.  I never told Ball Dunker about any of the other guys.  It didn’t really matter.